Enjoying a Great Time at the Theater

Is Your Women's Business Club Hosting A Special Event?

Do you belong to a club that supports and promotes women in the business world? If so, perhaps you have monthly meetings where those in your club get together for instruction and fellowshipping. Are you on a committee that is planning an upcoming special event? Whatever the reason that you are part of a group that is planning the event, from arranging for a stand-up comedy documentary to inviting special speakers, here are some ideas that might help you.

Who in the world doesn't love to watch a movie, right? With that in mind, consider showing an entire movie or just highlights from movies that depict women in the workforce. For example, the documentary History of Women might be a great choice. Or select something like This Is My Life, starring Julie Kavner. Another good choice might be Sally Field in Punchline.

If you want to go with something truly funny, consider showing clips from classic television shows like The Mary Tyler Moore Show or I Love Lucy. Your group could discuss that while these women might have gotten themselves into sticky situations on the shows, in real life they made a big difference in their professional lives.

Have you considered asking women who are actually part of your club to be speakers at your special events? Perhaps there is a woman who had a dream, and though it was a difficult climb, her dream came true. Another woman in your group might be a single mom who does a great job of raising her children while providing for them.

Other sources of women who might be an inspiration to your group might be found in your area's college or university. Does your city have a woman mayor? Maybe the president of your bank is a woman? Either one of those gals might be very happy to share the story of how they decided to be part of the business world that might be considered to be dominated by men. 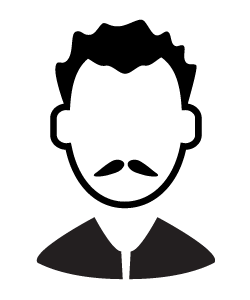 For a long time, I really didn't spend too much effort on enjoying myself. I focused mainly on work, and skipped time with friends and family. However, after a few years of doing this, I knew I had to make a change. I started doing what I could to enjoy my time, and the movie theater really helped me out. I quickly found myself seeing new movies and enjoying different events, and I was happy to have something else to do. This website is here to help everyone to decide what they love, since seeing a few movies can make a big difference in your life.